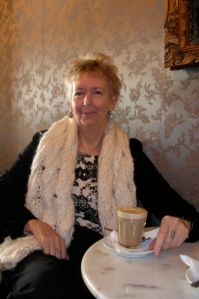 I’m an Australian journalist, arts critic and author. I work as a book and theatre critic for Australian Book Review and australianstage.com.au, as a short story and cultural review judge, and as a storyteller for Stonnington Libraries, Melbourne. My short story awards include second place in The Age competition 2010 for ‘The Devil’s Music’, which is published in the anthology Melbourne Subjective. I am now completing a memoir, Electric Gypsy, the opening of which was published (2016) in Ink3, an anthology of prize-winning writing by the Society of Women Writers NSW.

In 1987 I moved to Australia from England as a journalist, and realised a lifelong ambition by studying Contemporary Music at Southern Cross University and playing bass guitar, and occasionally cello, in a band. More recently, I gained a Postgraduate Diploma in Creative Writing from Melbourne University.